A listed logistics company had operations in a number of countries on three continents and was seeking further growth. It wanted to fund the expansion with its own funds by increasing productivity by an average of 15 per cent, in the space of three years. Therefore, they wanted to know what the possibilities were for managing such a major operation to achieve results without bringing in – and having to pay – legions of external consultants three years long.

Growth via the Knowledge Transition Program®

We could achieve 15 per cent growth via the Knowledge Transition Program® (KTP®), which has three parts. The first entailed selecting, training, and coaching a group of 20 high-potentials from twelve countries to prepare them for their future role as in-house consultants in improving operational performance. The second part was to implement four projects that would lead to substantial improvements in operational performance. The last part was to secure the structure by establishing an in-house consulting group (IHCG).

Programme ready to go and launched

Working with a small team, it took us two months to get the whole programme ready. The team made a detailed step-by-step plan, selected the locations for the improvement projects, and developed the training modules. They also selected – hand-in-hand with an international steering group – the potential in-house consultants. These high-potentials were first put through four weeks of training.

After two months to get the project going, the members of the project team started rolling it out at multiple locations in two countries simultaneously. They conducted analyses, presented their findings to the regional management team, coordinated project plans, and started on the improvement projects. The performance specialists at P5COM were responsible for project management, to which end they worked closely with the in-house consultants on the floor. Overall programme management was a real challenge as the team needed to control the projects with multiple managers in a variety of countries and coordinate efforts with the steering group.

After six months, the various project teams successfully wound up the improvement projects. For evaluation purposes, this was followed by four weeks of training, self-reflection, learning from each other, and teamwork. After that, the second round of improvement projects was rolled out in other countries.

At the same time, we started working out the basic IHCG by resolving and coordinating the organizational, structural, and process-related issues. The result: the entire team was to be split into four IHCG teams on three continents, which would all report to one global manager. The internal processes of the three teams needed to target the documentation and sharing of expertise. For example, best practices from one country had to be shared with other countries. 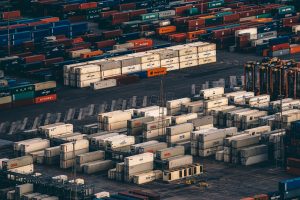 Right after approval of the basic plan, it was time to implement the new structures and processes in the selected countries. After completion of the second round of improvement projects, the various teams of in-house consultants were installed at their home base. For some of them, this meant relocation, which prompted four of the twenty high-potentials to pull out. After installation in teams or as project managers, the in-house consultants took the initiative in a diverse range of improvement projects at different locations.

After winding up the KTP, taking a total of about 17 months, we still dropped by the client and various country teams a few times to evaluate the further realization of the productivity objectives.

A new structure and an 11 million improvement within 15 months

The results of the programme are impressive. The in-house consulting groups were assembled and operational within 15 months. The four improvement projects have led to the targeted increase in productivity by some 11 million euros, which meant 70 per cent of the productivity objectives for three years have already been achieved. The investment in the programme was recouped many times over.