The challenge for two large hospitals

Two large hospitals were merging. One of the consequences was the foundation of a joint oncology centre. Our challenge: to combine two existing breast cancer care routes and optimize the new route for quality and cost control.

One of the most blatant paradoxes in the world of medicine is the emphasis placed on cost and cost-reduction while the cost of healthcare processes is anything but clear. Cost prices can of course be estimated, but in practice this is based on different assumptions and averages. Medical specialists are often familiar with the DRG price of a product but have no idea of its actual cost. Because of a lack of clarity on all process steps and cost prices, it is difficult to take decisions about the need for and added value of activities in a care route. 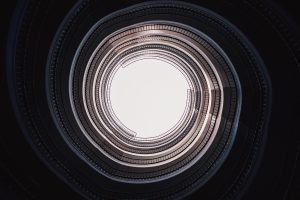 Get the costs right first

It was in the 1970s that Professor Robert Kaplan introduced the Activity-Based Costing model (ABC). Its aim is to identify the activities in a process and assign costs to each activity. To make it more practicable, Kaplan and Anderson further refined their method into the Time-Driven ABC model (TDABC). In this system, time is the main factor for determining costs. Processes which initially seem complex can easily be mapped out in this manner. The TDABC method is a real boon, especially if staff costs (shown in the form of time) form a large part of the total cost, which is common in the medical world. When we started this project, there were hardly any examples in the world of medicine – neither in the Netherlands nor internationally – where the method was actually used in practice.

Case study at the hospitals

In a space of four months, we took stock of the breast cancer care routes of both hospitals. This was based on the data of the some 1,000 patients who had visited the breast cancer clinic as a new patient in an entire calendar year. Each step of the route for these patients was mapped out from the first consultation at the breast cancer clinic to a year later, if applicable. This turned out to involve six different specialist areas, two of which provided auxiliary services (radiology and pathology) and four of which could open their own sub-route in the DBC system (surgery, radiotherapy, internal oncology, and plastic surgery).

Next, we analysed the surgical care route in detail by interviewing various practitioners, nurses, and physician assistants involved in the process. We also measured on the shop floor how many minutes people were engaged in different care activities. These tasks and payroll data were then used to calculate a per-minute price. This formed the basis for the TDABC model.

Step 3: get the exact numbers

Not every patient takes the same route. That made it necessary to collect data on the exact numbers. Based on a complete file analysis of 500 patients, we ascertained how often and how many new breast cancer patients need a certain supplementary examination, could be helped with conservative treatment, or received surgery or other treatment.

On the basis of steps 1, 2 and 3, we defined a cost model to provide clarity at individual patient level and at the level of the entire diagnosis group. Namely: cost of care route = staff costs + (% cost of mammography + % cost of MRI + % cost of echo + % cost of PET scan + % cost of bone scan…) + cost of materials + overheads + debt servicing charges. 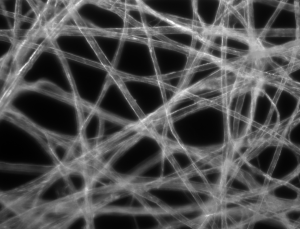 The model proved a valuable means for achieving consensus on combining the two effective care routes of both hospitals. By understanding what impact certain steps in the care route had on costs, it was easier to take well-founded decisions. For instance, it turned out that it would not cost much more per year to perform both cytology and histology, while it would have a lot of added value for patients. And many care professionals suddenly understood what effect performing a PET scan has on the cost of a healthcare product. As this unnecessarily drove up costs in some cases, specific rules were laid down for exactly which indications merit performing a PET scan.

Optimal planning and use of polyclinic and operation capacity

The model showed the division in healthcare that patients receive after their first visit to the polyclinic. There was now an accurate account of the quantity of diagnostics in the form of radiological and pathological examination. Now it was also clear that, for instance, 25 per cent of new patients required surgery, 85 per cent of which had a case of breast cancer. In 25 per cent of the cases, the patient was relieved to find out after only their first visit that the case was benign. This is important information, required for the optimal planning and use of polyclinic and operation capacity. That makes it a key means of keeping admission and waiting times down.

Clear and realistic information and tool

The model provides detailed information on costs at individual patient level. This can be compared with the product price, i.e. what the hospital receives from the health insurer for that healthcare product. This gives you a powerful tool for controlling costs. Analysis of the bleeders, the patients who cost more than they bring in, provides useful information on the organization’s potential for improvement.

Another discussion in setting up the new mamma-oncology care route concerned the consequences of making greater use of physician assistants or medical specialists to replace the surgeon. In which parts of the process steps can this be done, and what effect does this have on costs? The current model provides this information too.

Finally, the model appeared to contribute to an internal check on the cost price used by the hospital. These cost prices are often computed on the basis of cross-disciplinary data sets, which meant in some cases they were significantly underestimated compared with the actual cost.

In the space of four months, we managed to combine two breast cancer care routes to create one new care route for both hospitals. The TDABC model provides us with the numbers, which laid the foundation for reaching consensus on a number of difficult steps in the care process. In addition, staff could be efficiently assigned, and a useful tool was developed for process optimization. The result: the best quality for patients for the lowest price possible.